When in Old City  ….do as the Philadelphians do! 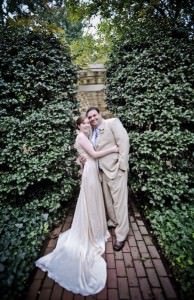 Holly and Sloan chose the beautiful Omni Hotel at Independence Park in Old City as the location for their ceremony and reception…right in the heart of the historic district.

Just blocks from Independence Hall and the Liberty Bell – the couple chose the Second Bank Building, located directly across from the hotel in Independence Park as the back drop for their photos. 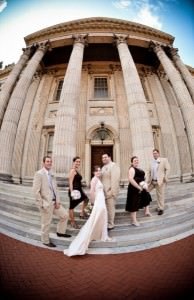 This Greek revival building with Ionic columns finished in 1824 is a great location for photos as you never know who you might meet. 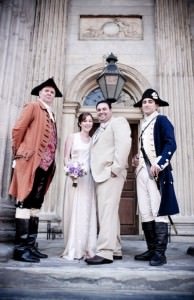 Holly and Sloan’s wedding captured by photographer Alyssa Maloof was planned start to finish in just over four months… they were great to work with, took direction and followed through…

Our associate planner Christina Gargano Lupo and her wedding day team did a great job orchestrating the wedding day….