Recently we were fortunate enough to work with Rosy and Isaac; we assisted them in planning their wedding blending her Mexican and his Puerto Rican traditions…. 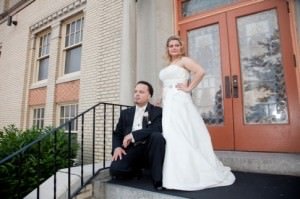 The mass, given in both English and Spanish included Mariachi music,  was filled with very traditional elements where padrinos presented a lasso {a white rope Rosary decorated with flowers) which was used to bind Rosy and Isaac in never ending love, a beautiful bible covered in etched silver, and thirteen silver coins. 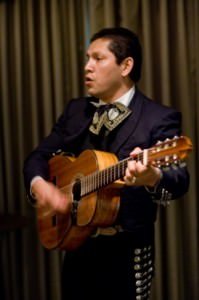 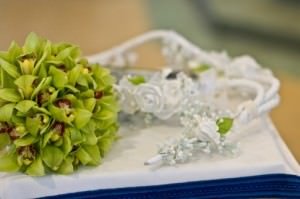 The reception which followed was held at the beautiful Collingswood Ballroom where guests began the party with a cocktail reception in a balcony which overlooked the ballroom, reminiscent of a traditional Mexican wedding in a courtyard…

Beautiful bright colors of bright green and purple, traditional orchids, foods, signature cocktails and music representing both cultures were incorporated into the reception. 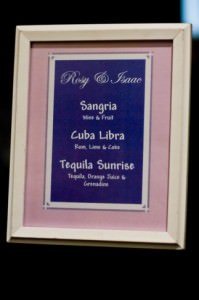 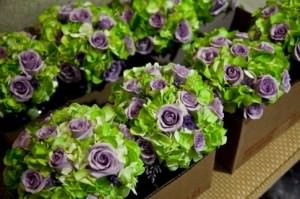 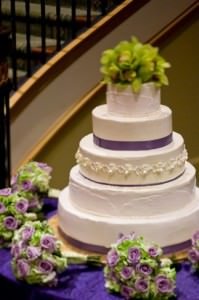 Guests participated in a traditional ‘dollar dance’ pinning money on the couple in order to dance with them.

Then single women congregated around the Rosy while she stood on a chair; she formed an arch with either her veil to Isaac on another chair. The single women held on to each other’s waists and danced around the bride. Once the music stopped, Rosy tossed her bouquet over her shoulder…the lucky girl who caught the flowers is said to be the next to wed…. 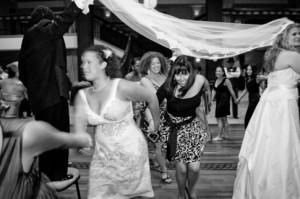